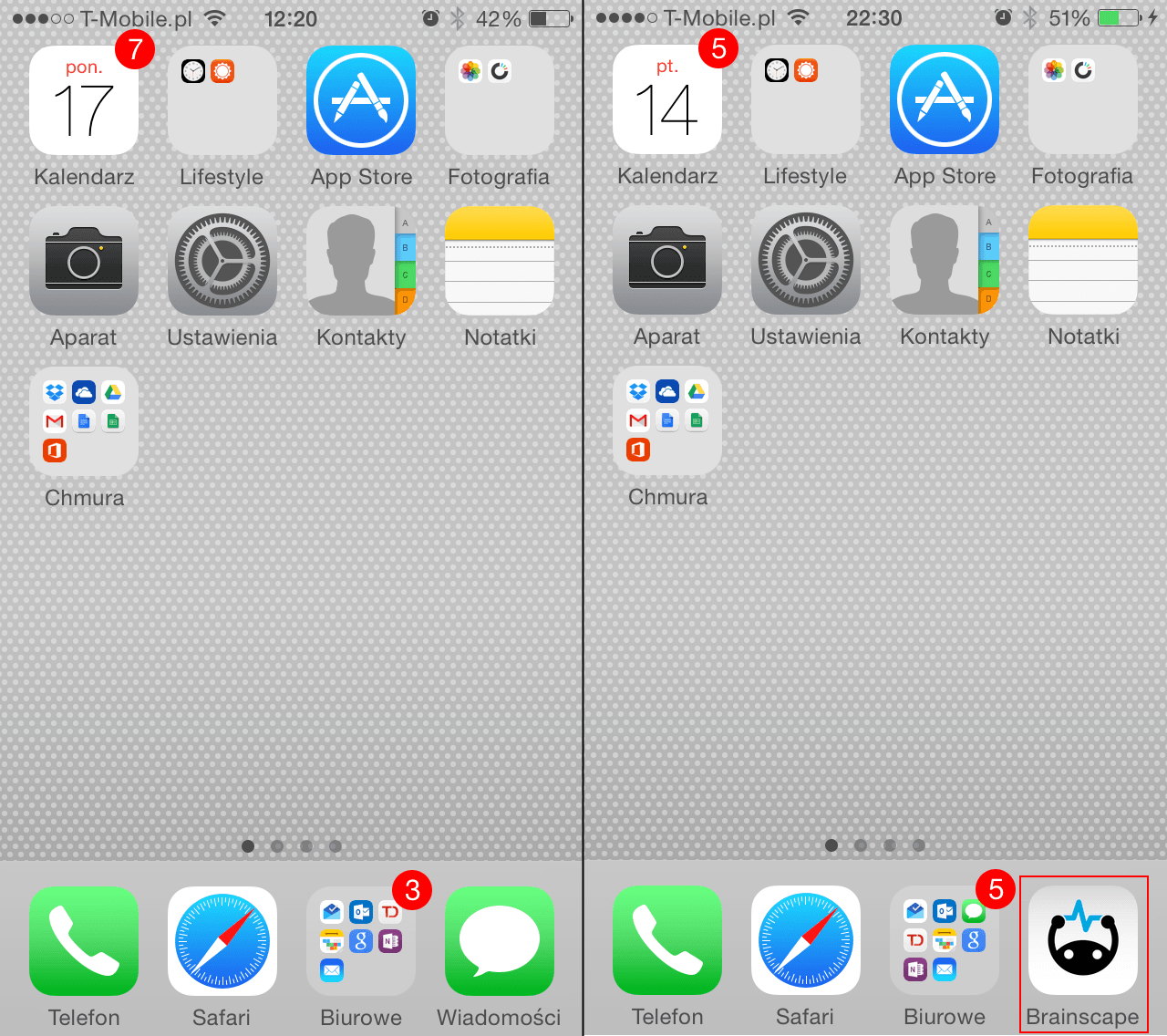 Today I am writing about a very concrete challenge I had – remembering resolutions that I wanted to fulfil with apps. This will be a brief post. The idea I want to describe is so simple that I am ashamed I didn’t figure it out earlier!

Imagine the situations below:

I’ve been in each of these situations many times. I hate to admit this, but I failed in most of them. In the beginning I was opening those apps every day, and then every few days. After a few weeks I forgot about them. They could have been so helpful… If only I’d used them!

Usually when I install a new app, I put it in a folder with similar apps. I did exactly the same with the apps from the above examples. They were added to the “Education” and “Health” folders. When I wanted to use them, I had to scroll to the screen with these folders and then find the chosen app in the folder. And then I could use the app.

Recently I changed my approach to organizing my apps. Apps I want to use every day, for example for learning new vocabulary, I place in the dock (bottom of the screen, visible from all views). That way I can see the app all the time. It makes me feel guilty if I don’t use it from time to time. Since I’ve place these kinds of apps in the dock, I’ve started using them several times each day. This is a simple and efficient solution to the problem I described at the beginning of this post.

Now I open the Brainscape app much more often and, as a result, I’ve learned many new words lately.

P.S. Brainscape is an app that allows you to create flashcards and study them in a smart way. Its algorithm chooses how often you see each flashcard based on how well you remember it. It’s a very efficient way of learning.